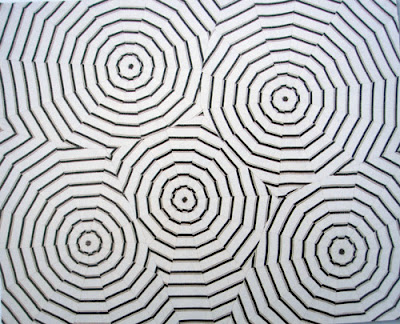 Once I was beset by anxiety.
I couldn't tell right from left.
I could have cried out with terror at being lost.
But I pushed the fear away by studying the sky, determining where the moon would come out, where the sun would appear in the morning. 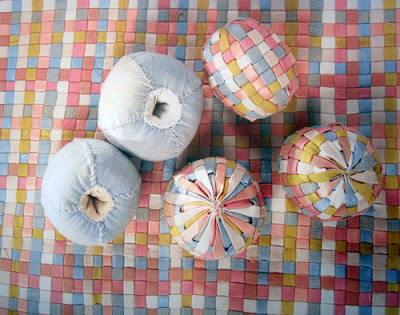 I saw myself in relation to the stars. 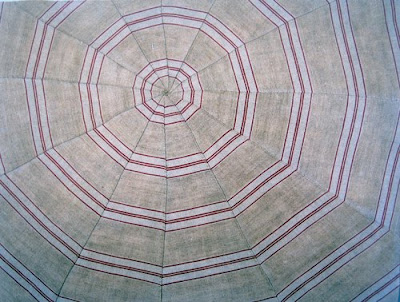 At the age of 40, Louise Bourgeois, wife and mother, exhibited a group of painted abstract wooden figures in a gallery in New York and one of them was purchased by the Museum of Modern Art. 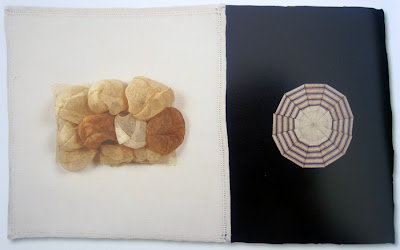 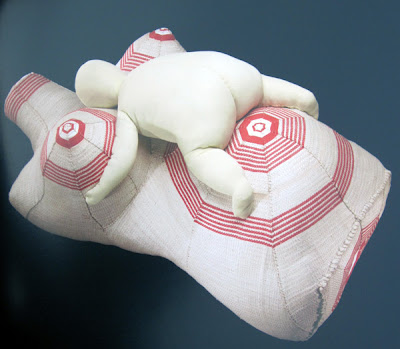 2002 The Woven Child
Louise Bourgeois’ work was looked at with renewed interest by the feminist movement in the early 1970’s. Renowned feminist art critic Lucy R. Lippard wrote: “Rarely has an abstract art been so directly and honestly informed by its maker’s psyche. It can’t be categorised. Can’t be art historicised”. 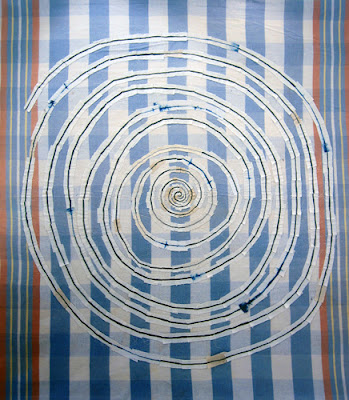 2006 untitled
Over her 70 year career Louise Bourgeois has not had a signature material and has managed to remain ‘contemporary’ for three separate generations. Famously neurotic she has been an undeniable influence on younger women artist. "Art is the guarantee of sanity" was her mantra.

Her early work was made from wood and house paint and her late work was made from cloth and thread. Using these ‘low’ materials, she worked subversively from within the formal modernist
language of abstract form. She insisted that her work was always about her own personal memories. She believed that the needle is magical and has a restorative power. “It’s a claim to forgiveness” 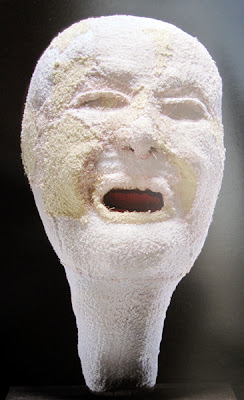 2001 Rejection
Her most recent work was made from her own and found domestic textiles. The hand sewn fabric figurative pieces are stitched so crudely that they look mended rather than constructed. Placed in vulnerable and intimate positions they connect with the viewer on an emotional level.

2001 untitled
In 2001 she created a series of three eight foot high fabric towers. They relate to her early wooden pieces, slender and vertical, installed alone but are part of a group. One of the towers is stitched from the antique tapestry fabric that references her childhood. Louise Bourgeois has often said that all of her work is an attempt to reconcile with that traumatic childhood. Just before creating these towers she also made portraits of her parents, depicting her father as a small chair and her mother as the now famous Maman, a massive metal spider with eggs in a basket.

The evident stitching adds hands on emotional quality to this lonely narrow structure, and one reads it as an erect old lady standing stiffly alone, an
abstracted portrait of Louise Bourgeois herself, 90 years old in 2001. 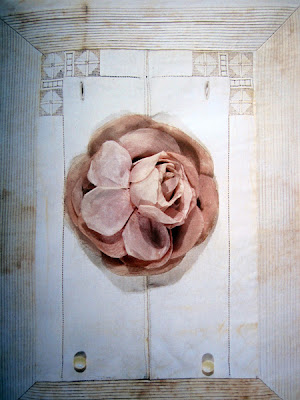 2006 untitled
The pieces shown here are new, created in the last years of her long life. They seem purified. 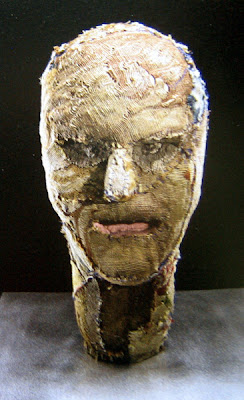 2002 untitled
Unlike many women of her generation, there are no shortages of web sites that showcase Louise Bourgeois. click here for example. She is collected by nearly every major art gallery world wide. These images are from two books. Louise Bourgeois 2008edited by Frances Morris and Louise Bourgeois The Fabric Works 2010 edited by Germano Celant.
Posted by Judy Martin at 11:53 PM 3 comments: