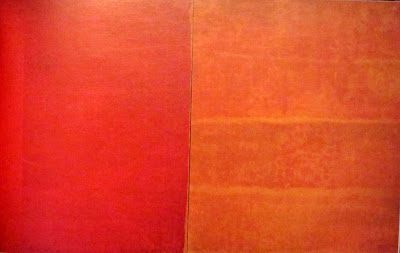 Francoise Sullivan is a role model for women artists. She is a mother of four and she is 85, and through sixty years she has maintained an artistic career. "For me, art is like breathing" she says.

The images and information posted here have been taken from Robert Enright's interview with Francoise Sullivan in issue no. 106 of Border Crossings Magazine. (June 2008) Enright's interviews are generally intelligent discussions although in this particular interview he seemed more interested in Sullivan's early friendships with groundbreaking painters like Jean Paul Riopelle, Paul Emile Borduas and the writing of the Refus Global in 1948 than he does in her recent oil paintings.

The above painting entitled Paterson is an homage to her late husband (and fabulous painter) Paterson Ewen. "Paterson got the biggest painting. He was the most important man in my life. I have four sons who look and walk like him. I am always reminded of him." 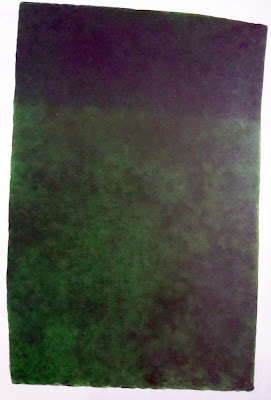 Enright: "You were young but obviously learning at a galloping pace. To be involved with that kind of intellectual movement at such a young age - you were only 18 - seems rather extraordinary."
Sullivan: "Well, you know revolutions are always done by young people. This is when you have the enthusiasm, the energy and the folly."
Enright: "Did you know at the time that what you were involved in was going to transform Quebec society?"
Sullivan: "We felt like apostles. We knew we were doing something exciting and we felt like we were in the avant-garde but we were never recognized." 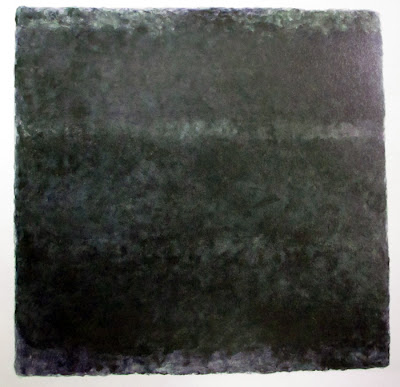 She has been a dancer and a sculptor but says with 'conviction and without apology that painting inhabits her, it always has'.
Enright: Has painting supplanted dance as your most passionate form of self-expression?
Sullivan: Yes, but it was always there. Everything referred to painting. My dance thoughts were painting thoughts. You might think I'm old-fashioned but for me painting has remained the major art.
In the 70's "the theoreticians upset me when they said that art was over, that painting was dead and that even museums were dead". 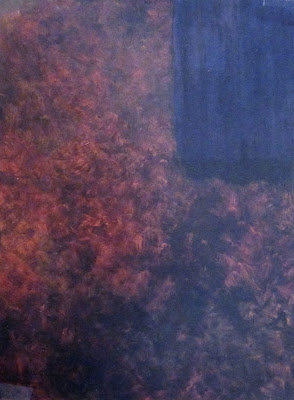 "As I go along my involvement with painting is growing. Some paintings happen in the first casting and others take a long time to work out. You have to go over and over them and that's why sometimes things happen, or colours show through. I don't think of my paintings a s monochromes because for me a monochrome is something that is completely blank. Even though they might look like a monochrome, I feel that they're alive. I feel that there's life boiling in them."

Animals don't do art like we do. The do something else. A spider web or a nest is not a work of art in the human sense. It is a physical necessity. This is more of a spiritual necessity." 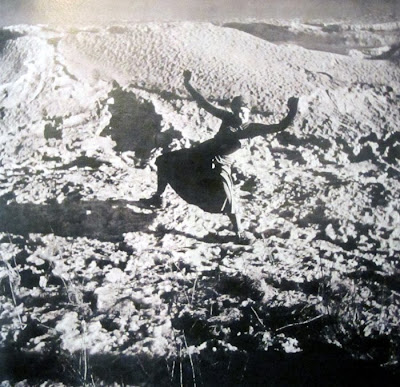 Images of Francoise Sullivan dancing in the snow near ont St Hilaire Quebec are famous examples of early performance art. She was filmed by Jean Paul Riopelle while Maurice Perron took still photographs. Unfortunately the film has been lost, but the photographs remain.

In 2009 Francoise Sullivan was awarded the Gershon Iskowitz prize. In 2001 she was made a member of the order of Canada and I believe that she still teaches in the fine art department at Concordia University in Montreal.
Posted by Judy Martin at 10:07 AM